Wei Ji (1373—1471) Zhongfang, named Nanzhai. Born in Xiaoshan, Zhejiang. In the third year of Yongle of Ming Dynasty (1405), he was promoted in the third year of the Ming Dynasty (1405). Soon, Wei Ji was tuned to participate in the compilation project of "Yongle Dadian (永乐大典)". After that, he served successively as Dr. Taichang, external examination member of the staff, Shaoqing of Nanjing Taichang Temple, Zuo Shilang of the staff, and Shangshu of the staff. There are endless seekers of articles, rich in chapters, engraved in mountain magazines, several times in the world. Negative book title, although round and healthy, but inevitable. He died in ninety-eight years. Posthumous post title Wenjing. 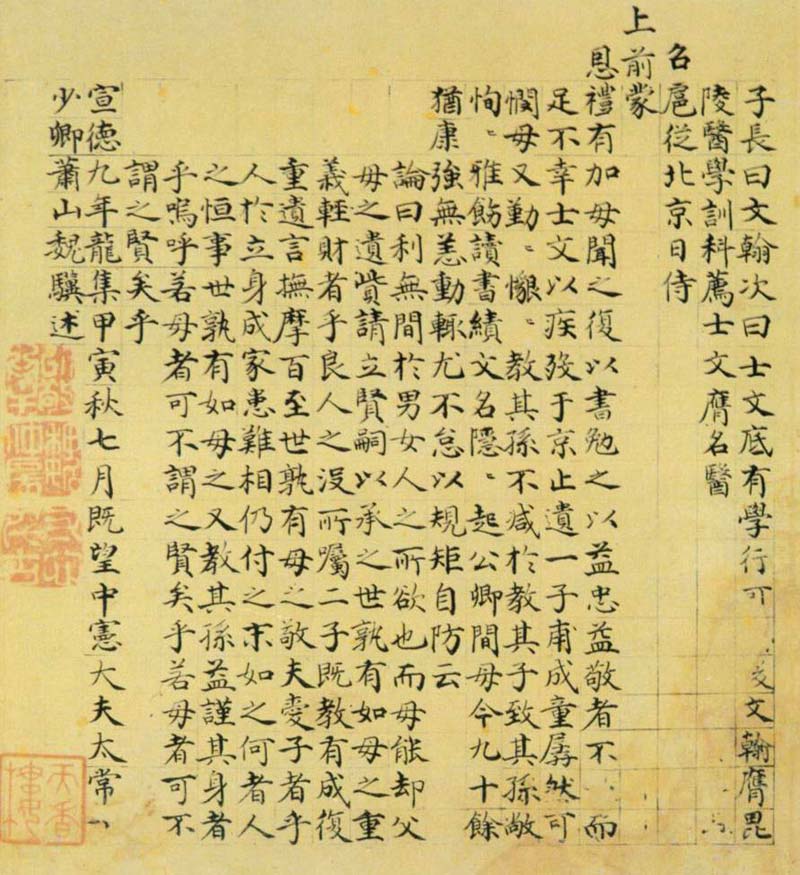