Chen Gongyin (1631-1700), the word Yuanxiao, first name Banfeng, late Duluzi, also named Luofu Buyi, was born in Longshan Township, Shunde County, Guangdong (now Shunde District, Foshan). The biography is written "Gong Yin Xiuyan has a great appearance and a deep mood." His father, Chen Bangyan, was the main force in the Lingnan resistance against the Qing Dynasty at the end of the Ming Dynasty. Together with Chen Zizhuang and Zhang Jiayu, he was revered as the "three loyalties of the Lingnan." His father was captured and executed by the Qing army after the defeat. The whole family was killed at the same time except for Chen Gongyin's fluke escape. Later, he took part in the struggle against the Qing Dynasty in order to avenge his family. Later, he lived in his hometown and devoted himself to reading for more than ten years. He moved to the creation of poetry and poetry, and formed a poetry club with friends to sing harmony. Seven sons of Lingnan". Chen Gongyin's poems are especially good at Qi Lü Poems and are highly praised by the poetry circles. He pointed out that innovation is the most important thing in poetry, newness is in the temperament rather than in words and sentences, and the insights are in eloquence without having to focus on liberation, and he opposes blind worship of the ancients and imitating the ancients. Most of his poems are based on feelings of life experience, determination to fight against the Qing Dynasty, reflecting the people's disease and describing the scenery of Lingnan as the theme. In his later years, although he often sang with the Qing court dignitaries, he still refused to take up the official position of the new dynasty. He named his residence "Duluotang", as a metaphor for the unrequited family feud, and the implication that the ambition of retribution is not extinguished. Chen Gongyin is good at writing Qi Lv. He is the author of "The Collection of Duluotang". He is the same name as Qu Dajun and Liang Peilan. He is known as the "Three Great Masters of Lingnan" in history. His official script calligraphy was the first person in Guangdong in the early Qing Dynasty.

In 1647 (the fourth year of Shunzhi in the Qing Dynasty) (16 years old), his father Chen Bangyan was defeated in the war against the Qing Dynasty and was captured and executed. His family members were either killed by the Qing soldiers or died in the war; they fled Nanhai Butang, and were later taken to Zengcheng Xintang by Zhancui.

In the spring of 1654 (the eleventh year of Shunzhi), he married Zhan Cui's second daughter, Zhan Yin, in Xintang, Zengcheng.

In 1658 (the fifteenth year of Shunzhi) (27 years old), he went to Yungui and wanted to join the Emperor Yongli of the Southern Ming Dynasty. Due to the blockade of the Qing army, he traveled to Xiangtan, Hunan, diverted to the north, and then moved to Hubei, Jiangsu, Henan, and continued to rejuvenate.

In 1659 (the 16th year of Shunzhi) (28 years old), the emperor Yongli fled to Burma and returned to Zengcheng Xintang disappointedly.

In 1661 (the eighteenth year of Shunzhi) (30 years old), Emperor Wen Yongli was killed and lived in Shunde with his family.

In 1678 (17th year of Kangxi) (47 years old), he was arrested and imprisoned by the government on suspicion of participating in the "San Francisco Rebellion". After being released from prison, he settled in the south of Guangzhou. 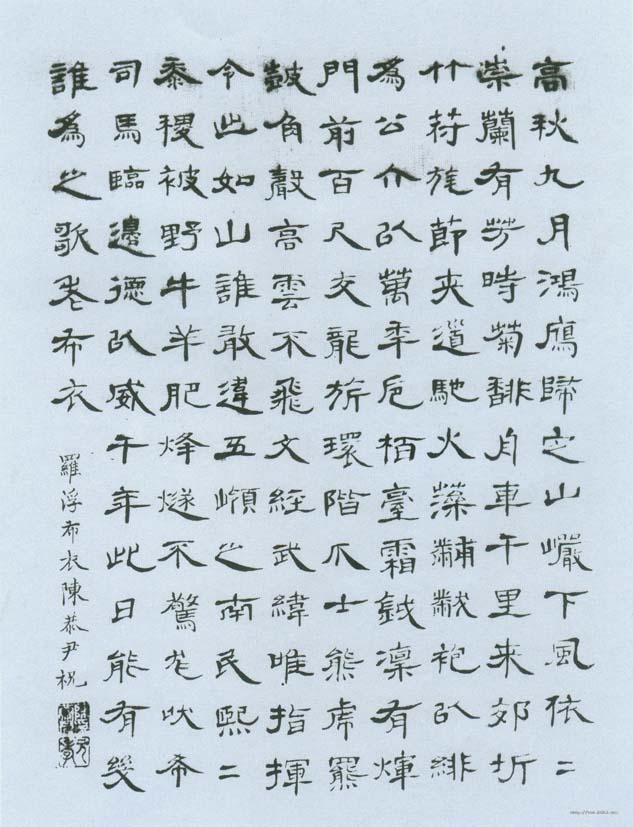