Xia Yan (1482-1548) word Gongjin, a native of Guixi, Jiangxi. Zhengde Jinshi. When he was first appointed to the Military Division, he was upright and conceited. Sejong succeeded to the throne, and he was praised by the emperor when he sparsed Chen Wuzong's malpractices. The 3,200 redundant members of the pro-army and the capital guards were eliminated, and the royal family Zhuangtian was released, and the civilian property was taken back. Heroic and strong, arrogant and arrogant, he was favored to be a scholar of the Ministry of Etiquette and a scholar of Wuyingdian University to participate in the mechanics, and soon he was appointed as the first assistant. In the 27th year of Jiajing, he was abandoned in the market and died. His poems and essays are magnificent, and he is good at poetry and music. There is "Guizhou Collection (桂洲集)". 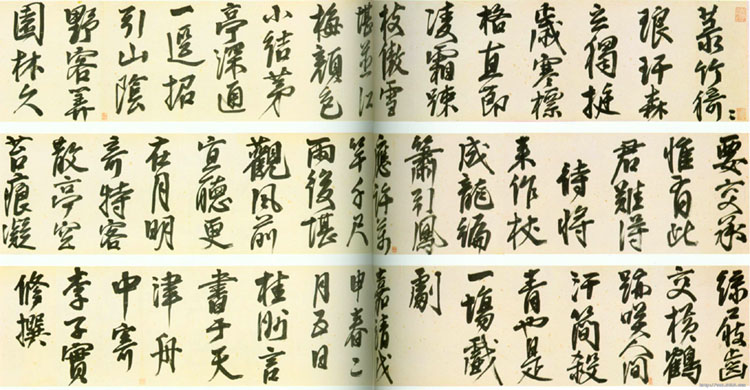