Xu Youzhen (1407—1472) Minister of the Ming Dynasty. The first name was Cheng, the character Yuanyu, and the name Tianquan. He was born in Wuxian (now Suzhou), Jiangsu. In the eighth year of Xuande (l433), he was a scholar of the Academy of Sciences, and later served as an assistant lecturer. He has studied economics in his entire life, and has extensively read books on astronomy, geography, art of war, water conservancy, and alchemy, especially the way of yin and yang. Of course, the mind is wise and keen on fame. In the fourteenth year of orthodoxy (1449), he was teased and ridiculed because of a wrong sentence, and he was kept incognito for seven years. In the first month of Tianshun's first year (1457), the speculation succeeded, and he was domineering and killed Yu Qian injustice. Four months later, he was imprisoned and exempted from death in Yunnan. He finally returned to his hometown and died in the eighth year of Emperor Xianzong of the Ming Dynasty (1472). He was a minister who experienced the orthodox, Jingtai, and Tianshun dynasties. He was often classified as a traitorous official by historians in politics, but he was also a scholar.

He is a calligrapher, his calligraphy is smooth, his spirit is coherent, and his bones are strong. The original "A Song of Bamboo House (有竹居歌)" is now in the collection of Shanghai Museum. His poems and essays disdain carving, pay attention to accessibility, and have Xin Qiji style. 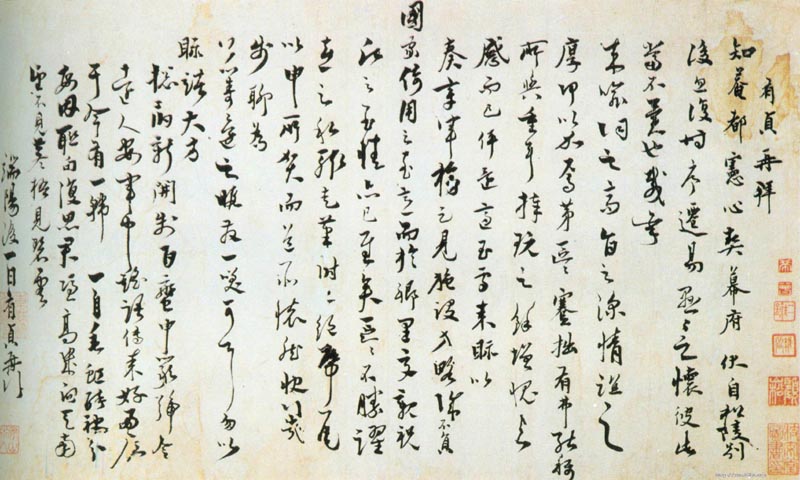